AIR
In Jharkhand, State Police have nabbed seven Naxalites and foiled  the nefarious plans of  the Peoples' Liberation Front of India (PLFI) militants from the forest areas under Chandwa police station in Latehar district. Latehar SP Prashant Anand received secret information about the Maoists activities and launched  a combing  operation and arrested the  insurgents . Police have recovered 2 indigenous rifles, 8 live cartridges and 11 mobiles at the behest of the arrested militants.

Speaking to AIR News, Palamu DIG Rajkumar Lakra said that  the insurgents  were preparing a strategy to carry out an attack  in the forest areas close to neighbouring state Chhattisgarh. Raids were conducted by a team of State Police forces, Jharkhand Jaguars and AG-37
Posted by Fact at 9:03 PM 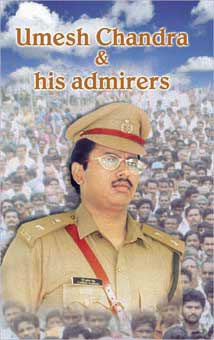