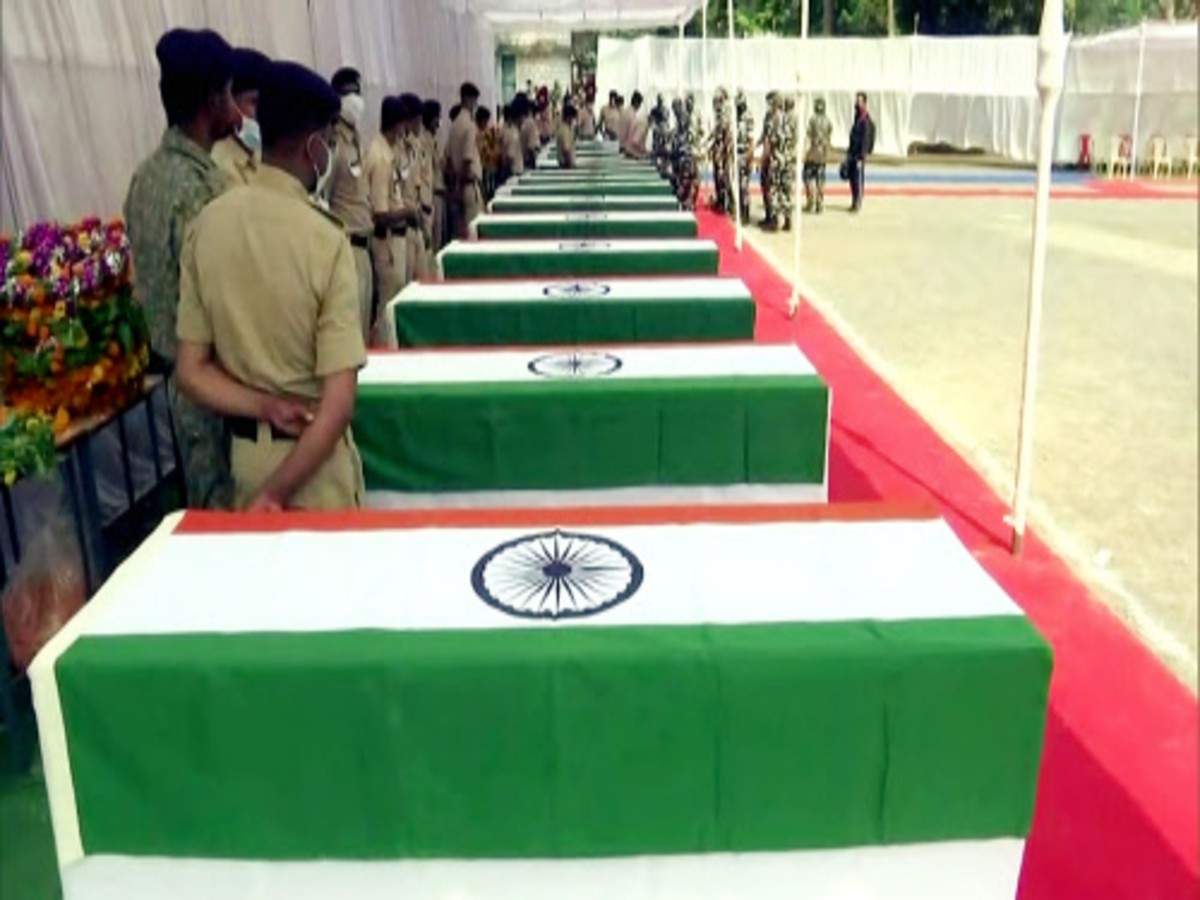 The first shot was fired from behind — from a location the forces had already crossed. It was the trigger for a fusillade of mortar shells, rifle grenades and machine-gun bullets. Within seconds, the entire jungle seemed to erupt. The forces were surrounded. Some raced for abandoned huts.

Death lurked there, too. How did it get to this? How were security forces encir cled and taken by surprise in an area they had already traversed, even as they were retracing their footsteps?

In the aftermath of the Tekulguda massacre, questions are being asked about intelligence, operational planning and field work — questions that are uncomfortably similar to those asked after the Tadmetla massacre exactly 11 years ago in which 76 soldiers were martyred.

Security experts and officers with experience of anti-insurgency operations told TOI on condition of anonymity that there were several red flags for the troops on the operation that were not heeded, reports Rashmi Drolia.

DG Kuldip Singh has denied there was any intelligence or operational failure. “Had it been so, the operation wouldn’t have been carried out and so many Maoists wouldn’t have been killed,” he had said on Sunday. “The Maoists suddenly started firing at security personnel, taking advantage of their stronghold. The weapons they used were advanced machine guns. Yet, we fought valiantly,” he said.

One of the injured jawans has said the forces did realise something was amiss. “When we were heading towards Tekulguda, we sensed something was wrong as the village and the surrounding areas had no population. The houses were empty. There was an eerie silence. We contacted senior commanders and were ordered to keep moving,” he said.

“A few hundred meters ahead, came a gunshot from behind. Before we could take positions, we were surrounded from all sides and trapped in an ambush. The Maoists used all sorts of advanced weapons, like sniper rifles, rocket launchers, UBGL and mortars. It was terrible to see fellow jawans falling, one by one,” the survivor said.

“We realised the only way to break the ambush was to keep firing.” The troops were ambushed when they were returning after finding no sign of the supposed ‘meeting of top Maoist leaders’ that had led to the operation. Was the ‘intel’ a ruse to pull security forces into the kill zone? Were SOPs followed during the penetra tion into Maoist-dominated territory? Maoist preparedness for the ambush indicates it was meticulously planned, say security experts.

Sources say security forces were getting inputs for the past week about Maoist leader Hidma. Another issue may have been the diverse composition of the force — 2,000 strong, as confirmed by home minister Tamradhwaj Sahu.

It comprised crack CoBRA commandos, CRPF and its Bastariya Battalion, and state police’s DRG and STF. An officer with long experience of countering insurgency said: “Carrying out such a massive operation with troops from so many units needs precise overall command and coordination. Coming from different training backgrounds, with varied skills, approaches, abilities and immunity, such a massive joint operation into the heartland of Hidma’s territory was a lot to ask for.”

While CoBRA commandos are known for their aggressive counter-strikes, DRG personnel are mostly tribal youths or ex-Maoists, while STF is a force created and placed for quick-reaction-based operations.

“Coordination is vital in such an operation,” the officer said, pointing out that it was not led by senior commandants on the ground, but a few junior officers. “When such a large force goes on an operation, a ‘technical headquarters’ has to be set up at the nearest camp. A senior officer should have led the five teams that set out from Tarrem, Usoor, Pamed, Minpa and Narhaspur camps,” a veteran of anti-Naxal ops said.

The closest camp to the ambush site is Tarrem, 8km away, set up in November 2020. Another one is planned closer, just 2km away in Bendre, but is yet to be set up.

“There are several hillocks on either side of the route from Tarrem to Tekulguda. SOP is clear that troops must walk on the hillsides and not on low ground,” said an officer.

Maoist spokesman Abhay issued a statement on Monday, saying their fight is not against police or security forces. “Those getting recruited into the forces are also part of the exploited people and it’s our compulsion to fight when they come with weapons to fight us. Our sympathies are with their families,” it said, urging people “not to send their children to join security forces”.